“Your perseverance, patience and intelligence were important reasons why we were able to accomplish our objectives.”

“Your perseverance, patience and intelligence were important reasons why we were able to accomplish our objectives.”

A native of the United States with a full German legal qualification, Ann Marie Welker has been advising large corporations and mid-size companies on the legal aspects of technical projects for more than 20 years. She is a JUVE and Best Lawyers recommended lawyer for information technology.

Ann Marie Welker’s particular areas of focus are contract drafting and technology-related litigation. She is a highly effective trial lawyer, having won and successfully settled landmark cases in the area of information technology. She is admitted to plead before all civil courts at the trial and at the appellate level throughout Germany.

Ann Marie Welker studied languages at Georgetown University and obtained her German law degree and doctorate in law at Goethe University Frankfurt. She was admitted to the German bar in 1997.

Prior to founding Welker Rechtsanwälte in 2008, Ann Marie Welker was an associated partner at Gleiss Lutz, where she co-founded the IT practice group. A native of the United States with a full German legal qualification, Ann Marie Welker is equally fluent in English and German and has a working knowledge of French and Russian.

In the capacity of Vice Chair of the Advisory Board, Ann Marie Welker co-engineered the successful turnaround of a traditional German manufacturing firm (automotive valve and toy industry). 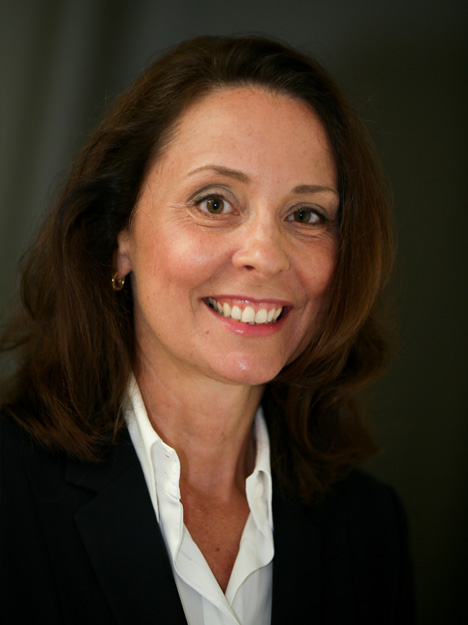 Some notes on my approach

Too often, contracts are paper tigers, consisting of an ineffective mixture of organizationally handed-down boiler plate and a more or less deficient service/work description. Boiler plate rarely does innovative projects justice. Time, effort and money are wasted on negotiating ballast, with too little resource left over to devote to the actual service/work description. To draft a good contract you have to know how to enforce it. This means honing in on the deliverables that are most critical for you and defining what your recourse is if your counterparty fails to deliver them. This inevitably requires paying heightened attention to the service/work description.

“To draft a good contract, you have to know how to enforce it.”

In my experience, a service/work description for an innovative technical project vastly improves when the persons who will be responsible for carrying it out are involved in the drafting process. This sounds trivial, but it is neglected by the largest companies. In Germany, there are not only technical but also legal reasons to engage these experts in the drafting process.

Particularly in large corporations, company guidelines often dictate the use of pre-drafted wording. If the contract is subject to German law, by choice or by virtue of conflict-of-law rules, Germany’s laws on standard terms and conditions can make this strategy largely self-defeating, even with the most carefully worded template. To the astonishment of many international clients and counterparties, internationally used templates, including absolutely standard Anglo-American legal phrasing, can be unenforceable under this law.

This can be compounded if the template is unclear, poorly translated or too abstract, or if it does not entirely fit the project.

The remedy is to formulate individually the really key parts of the contract. To do that, you cannot just consult the sales promises, POs or RFQ template; you have to query the people who know the project best, e.g. usually the engineers and architects who will be carrying it out. The originality and specificity you gain from these experts vastly improves your chances of withstanding the standard terms test.

“To draft a good contract for a technical project, you must talk with the people who will implement it.”

Even if your contract terms survive the standard terms test, in theory, a judge needs to be able to understand it. To be clear: Litigating technical projects is always a remedy of last resort. No one wants the delay, distraction and expense of legal proceedings. Projects are fast-moving, and issues are usually resolved outside of a courtroom. However, in certain situations there is no alternative. Things have stopped moving, have reached an impasse. This worst-case scenario has to be the benchmark of contract drafting: Will a third party with no background knowledge or technical understanding – a judge - be able to understand readily the basis for my claim? Will someone who reads this contract for the first time understand what I am entitled to? Or do I overtax limited attention spans with voluminous boiler plate and abstract, vague or poorly fitting service level descriptions?

A readily litigable contract will improve your chances of obtaining a settlement prior to a lawsuit being filed, or in the early stages of a lawsuit. If your counterpart sees you will have an uphill battle making a court understand your claim, this lessens your chances of settlement.

“A contract is enforceable if a judge can understand it.”

Obviously, some transactions require a large team. For this, we can draw on a tested network of highly qualified legal and technical collaborators, including partners of top-tier international firms. When the matter requires it, we can put together a bespoke, interdisciplinary team of experts experienced in working together.

Retaining a top-tier firm is not a guarantee that you will avoid standard term pitfalls and judicial disinterest – it can even be the contrary. Drafting a litigable contract and, if necessary, enforcing it, requires first and foremost an individual lawyer’s specific expertise, focus and personality. We have scored high-value landmark awards and settlements for multinationals and listed corporate clients without any large firm involvement, often with one or more large firms representing the other side.

In some cases, corporate clients and entrepreneurs have entrusted us with legal disputes on which their entire personal reputation and professional existence hinged. The wins obtained for these clients were the hardest ones and only possible through a laser-focus of time and effort that would not have been possible in the context of a large firm.

“You don’t need a big firm to get big results.”